There are many reasons why we love a good travel memoir. It’s not just the excitement of seeing another place through someone else’s eyes, it is also the personal voyage the author takes us on.

Some of the greatest writers to have lived have penned travel books, and some of the best laugh out loud moments can be found between the pages of a travel memoir. Sit back, relax, and take a trip from the comfort of your own arm chair with our Top 10 Travel Memoirs.

1. A Walk in the Woods by Bill Bryson 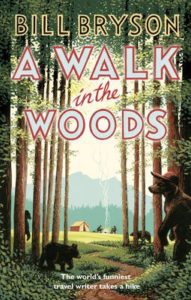 The Appalachian Trail stretches from Georgia to Maine and covers some of the most breathtaking terrain in America–majestic mountains, silent forests, sparkling lakes. If you’re going to take a hike, it’s probably the place to go. And Bill Bryson is surely the most entertaining guide you’ll find. He introduces us to the history and ecology of the trail and to some of the other hardy (or just foolhardy) folks he meets along the way–and a couple of bears. Already a classic, A Walk in the Woods will make you long for the great outdoors (or at least a comfortable chair to sit and read in).

2. My Life in France by Julia Child 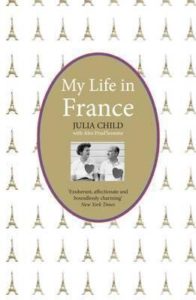 When Julia Child arrived in Paris in 1948, a six-foot-two-inch, thirty-six-year-old, rather loud and unserious Californian, she spoke barely a few words of French and did not know the first thing about cooking. What’s a shallot? she asked her husband Paul, as they waited for their sole meuniere during their very first lunch in France, which she was to describe later as ‘the most exciting meal of my life’. As she fell in love with French culture, buying food at local markets, sampling the local bistros and taking classes at the Cordon Bleu, her life began to change forever, and My Life in France follows her extraordinary transformation from kitchen ingenue to internationally renowned (and loved) expert in French cuisine. Bursting with adventurous and humorous spirit, Julia Child captures post-war Paris with wonderful vividness and charm.

3. A Year in Provence

In this witty and warm-hearted account, Peter Mayle tells what it is like to realise a long-cherished dream and actually move into a 200-year-old stone farmhouse in the remote country of the Lubéron with his wife and two large dogs. He endures January’s frosty mistral as it comes howling down the Rhône Valley, discovers the secrets of goat racing through the middle of town, and delights in the glorious regional cuisine. A Year in Provence transports us into all the earthy pleasures of Provençal life and lets us live vicariously at a tempo governed by seasons, not by days.

4. Wild: From Lost to Found on the Pacific Crest Trail by Cheryl Strayed

At twenty-two, Cheryl Strayed thought she had lost everything. In the wake of her mother’s death, her family scattered and her own marriage was soon destroyed. Four years later, with nothing more to lose, she made the most impulsive decision of her life. With no experience or training, driven only by blind will, she would hike more than a thousand miles of the Pacific Crest Trail from the Mojave Desert through California and Oregon to Washington State — and she would do it alone. Told with suspense and style, sparkling with warmth and humor, Wild powerfully captures the terrors and pleasures of one young woman forging ahead against all odds on a journey that maddened, strengthened, and ultimately healed her.

5. Travels with Charley: In search of America by John Steinbeck 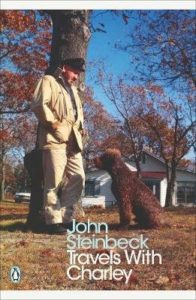 In September 1960, John Steinbeck embarked on a journey across America. He felt that he might have lost touch with the country, with its speech, the smell of its grass and trees, its color and quality of light, the pulse of its people. To reassure himself, he set out on a voyage of rediscovery of the American identity, accompanied by a distinguished French poodle named Charley; and riding in a three-quarter-ton pickup truck named Rocinante. 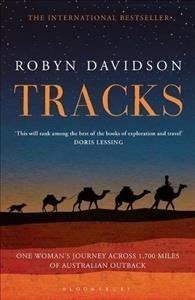 Enduring sweltering heat, fending off poisonous snakes and lecherous men, chasing her camels when they get skittish and nursing them when they are injured, Davidson emerges as an extraordinarily courageous heroine driven by a love of Australia’s landscape, an empathy for its indigenous people, and a willingness to cast away the trappings of her former identity. Tracks is the compelling, candid story of her odyssey of discovery and transformation.

7. In Patagonia by Bruce Chatwin 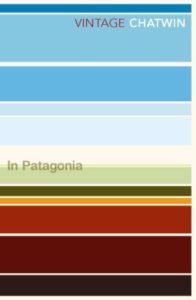 An exhilarating look at a place that still retains the exotic mystery of a far-off, unseen land, Bruce Chatwin’s exquisite account of his journey through Patagonia teems with evocative descriptions, remarkable bits of history, and unforgettable anecdotes. Fuelled by an unmistakable lust for life and adventure and a singular gift for storytelling, Chatwin treks through “the uttermost part of the earth”— that stretch of land at the southern tip of South America, where bandits were once made welcome—in search of almost forgotten legends, the descendants of Welsh immigrants, and the log cabin built by Butch Cassidy. An instant classic upon publication in 1977, In Patagonia is a masterpiece that has cast a long shadow upon the literary world.

8. Without Reservation by Alice Steinbach 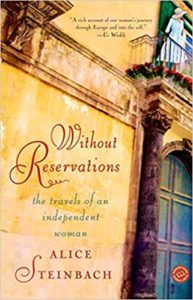 “In many ways, I was an independent woman,” writes Pulitzer Prize–winning journalist Alice Steinbach. “For years I’d made my own choices, paid my own bills, shovelled my own snow.” But somehow she had become dependent in quite another way. “I had fallen into the habit of defining myself in terms of who I was to other people and what they expected of me.” But who was she away from the people and things that defined her? In this exquisite book, Steinbach searches for the answer to this question in some of the most beautiful and exciting places in the world: Paris, where she finds a soul mate; Oxford, where she takes a course on the English village; and Milan, where she befriends a young woman about to be married.

9. 360 Degrees Longitude: One Family’s Journey around the World by John Higham

After more than a decade of planning, John Higham and his wife September bid their high-tech jobs and suburban lives good-bye, packed up their home and set out with two children, ages eight and eleven, to travel around the world. In the course of the next 52 weeks they crossed 24 time zones, visited 28 countries and experienced a lifetime of adventures.

10. Under a Tuscan Sun by Frances Mayes 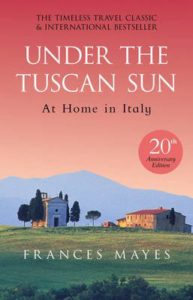 Frances Mayes entered a wondrous new world when she began restoring an abandoned villa in the spectacular Tuscan countryside. There were unexpected treasures at every turn: faded frescos beneath the whitewash in her dining room, a vineyard under wildly overgrown brambles in the garden, and, in the nearby hill towns, vibrant markets and delightful people. In Under the Tuscan Sun, she brings the lyrical voice of a poet, the eye of a seasoned traveler, and the discerning palate of a cook and food writer to invite readers to explore the pleasures of Italian life and to feast at her table. 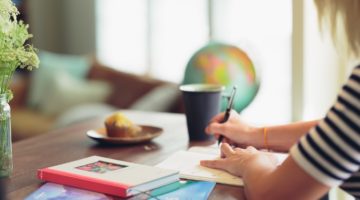 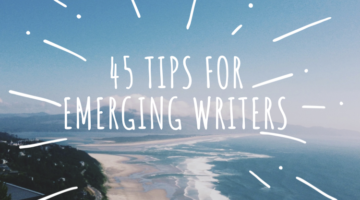